Today I received an interesting email from one of my engine management part suppliers, Cambiare. It was about buying lambda sensors and why aftermarket parts can sometimes physically look different to the original but still be the correct part.

Below is the  example they gave:

which  corresponds to OE number JP-125. Here the cut-out on the plug is bottom left.

ws  lamba sensor-C. This is the aftermarket version of the two sensors above.

This practice of designing a part to cover more applications is common with lambda/oxygen sensors, but the same might apply in other parts where two parts are essentially the same except for e.g. the plug.

Anyone in the motor trade will agree that when buying car parts there’s a higher-than-average chance that you’ve got the wrong part, so it’s easy to immediately jump to this conclusion but this article is one example where it might not be so straightforward.  Good luck !

There is a catalogue discrepancy and many parts suppliers are listing a cartridge/paper element type oil filter for this model. From our experience, this is wrong and models upto 2010 all they all take the screw-on filter.

It fits like to one side of the car only. 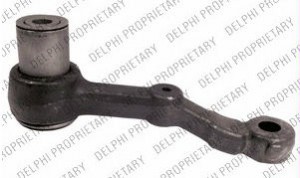 turns out this part has quite a few names:

steering idler arm, pitman arm, steering lever…so when you’re searching you might want to try all of them for the best prices!